Numbers lifted and the quality was good with yearlings making up the largest percentage of the yarding. Feeders and restockers were the driving forces. Trade cattle were in limited numbers. There was a good run of heavy grown steers and bullocks and heavy grown heifers. Most of the cows were again heavy weights. Open auction cow and calf units were in larger numbers. The market lifted on the young cattle and bullocks, but heavy cows were cheaper.

Bullocks lifted 8c ranging from 400c for full mouth to 480c for 2 tooths and grown heifers were dearer reaching 468c/kg. Heavy cows were 15c to 20c cheaper with the 4 score cows 365c to 415c/kg. Open auction cow/calf units sold from $1600 for a single crossbred cow and calf to 8 Angus cows with an Angus calf at foot reached $3625/unit. 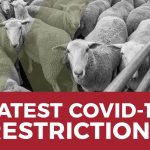 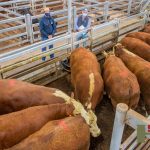 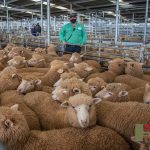