Lamb numbers lifted and the quality was mixed with large drafts of store lambs entering the market. Trade lambs were well supplied and there were good lines of heavy and extra heavy weights penned. Most of the lambs were new season lambs but there was a large percentage that were dry in the skin. All the usual buyers were operating in a mixed priced offering. Store lambs were cheaper by an average of $10, trade lambs were $5 to $10 cheaper and there was a better and larger run of heavy and extra heavy lambs upto $20 stronger in places but averaged $6/head dearer across the whole sale.

Mutton numbers declined but the quality was good with plenty of medium and heavy sheep. Prices were $7 to $11/head dearer on most. Medium weight ewes made from $105 to $163/head. Heavy crossbred ewes ranged from $190 to $233 and Merinos reached $223/head.

Photo: Milson Family Partnership, Goulburn sold over 600 XB Suckers to a top of $215ph with Elders. 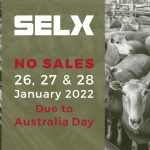 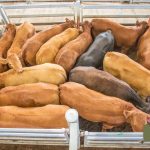 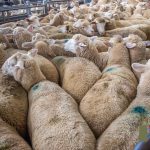