Numbers increased after a week off due to Easter. The quality was very good with the majority of the cattle heavy weights, and in forward to prime condition. Yearlings made up the bulk and there was a small number of weaners which sold to a keen restocking gallery. While there was a good run of heavy yearling steers, prime grown steers were limited and heavy grown heifers were also in short supply. Most of the cows were heavy 3 and 4 scores. Young cattle sold to a much dearer trend while cows were softer. 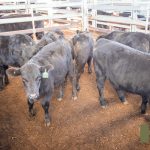 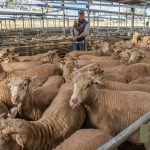