Lamb numbers increased and the quality was again good. Trade and heavy lambs were well supplied and there were a few extra heavy lambs on offer. Store lambs numbers showed an improvement. The market sold to a slightly cheaper trend with the exception of the lighter store lambs.

Mutton numbers increased and the quality was good with mostly medium and heavy sheep penned. Prices were $8 cheaper on the medium weights while heavy sheep were $6/head dearer. Medium weight ewes sold from $120 to $170/head. Heavy crossbred ewes to $223 and Merinos sold from $172 to $212/head. Merino wethers reached $198/head. 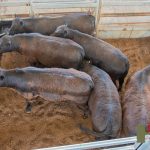 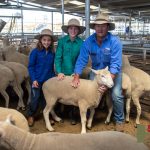